We Are Blood and Thunder #2: We Are Bound By Stars New 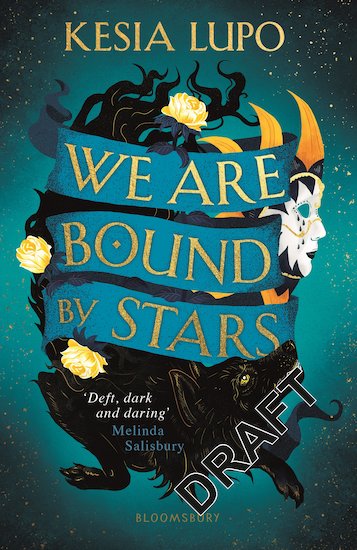 The next adventure in Kesia Lupo’s stunning and original YA fantasy world. Perfect for fans of Leigh Bardugo and Laini Taylor.

On a mysterious island where the inhabitants worship a god of secrets and hidden truths, masked assassins are trained to do his bidding – or so they believe.

Beatrice is one of three mask-makers. Her blood is a conduit for the god’s wishes and her creations reflect his desires. But her mother warned of a terrible secret released upon her death, and soon Beatrice finds herself asking whether her future has really been foretold and if it is truly set in stone.

Livio is a descendent of the most powerful family on the island. He will be the first male ruler in centuries, but what he hasn’t told anyone is that his magic is out of control. Is he infected by Chaos or has his destiny already been decided for him?

Beatrice and Livio don’t realise their fates are bound together. They are puppets in someone else’s game. It is up to them to stop a masked assassin with a deadly agenda who could bring down not only the temple, but the gods themselves.

Another thrilling, plot-driven adventure, with an even bigger twist, We Are Bound by Stars is a tale of masks, politics, desire and deception that will have you gripped once again in Kesia Lupo’s rich fantasy world.

We Are Blood and Thunder (book 2) 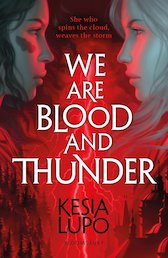 We Are Blood and Thunder