You’ll stagger under the knockout punch of this gangland classic, written by a teenager who knew that life first-hand. On the mean streets of Ponyboy’s Oklahoma town, it’s Greasers vs. Socs – poor kids vs. the rich kids who despise them. The privileged Socs can get away with anything. The Greasers only have each other. Fighting a fierce turf war, the gangs are trapped in constant battle. But one night, the violence goes too far – and Ponyboy’s world explodes. A boy is dead. Two more are wanted for murder. How can it all end? Hitting harder than a champ boxer, this book defined teen America. Read it, and watch the classic film too.

750L Lexiles are the global standard in reading assessment. They are unique as they are able to measure a child and a book on the same scale – ensuring the right book gets to the right child at the right time. 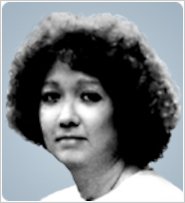 Susan Eloise Hinton wrote her first novel, The Outsiders, as a freshman at the University of Tulsa, in 1967, when she was just 17 years old. She wrote under the gender-neutral guise of her initials, S.E. out of a concern that male readers would not read a book narrated by a boy but written by a woman.

With the success of The Outsiders, the moniker (S.E. Hinton) suddenly became a household name. Today, with more than eight million copies in print, the book is one of the best-selling YA novels in history, and one of the most hauntingly real looks into the minds of teenagers.

Hinton has written several books in her 30-year career, including Tex, Rumblefish, and That Was Then, This Is Now, all runaway successes. She currently lives in Tulsa, the town in which she was raised, with her husband and son.