by Blue Balliett (author) (US edition) 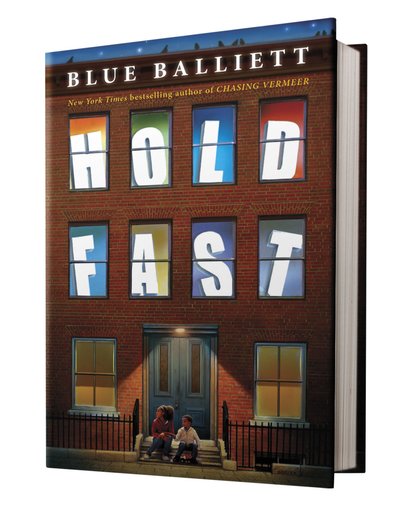 Walk the snowy streets of Chicago with Early as she seeks answers about her father’s fate. Where is he? Why did he go? A book to break your heart. Early’s father has disappeared. Something must be wrong. He’s not the kind of father who would just run away. All she knows is, he’s gone. That leaves her family in trouble: forced to leave their home and move into a city shelter. Clues rise up out of the darkness, giving patterns and rhythms to the mystery. But Early seems to be the only one who’s looking for the truth. On the frozen midwinter streets, she sets out to find him. Early; be careful. Hold fast…

780L Lexiles are the global standard in reading assessment. They are unique as they are able to measure a child and a book on the same scale – ensuring the right book gets to the right child at the right time.

Blue Balliett, author of the fantastic book Chasing Vermeer, was born in New York City. After studying art history in college and attending Brown University, Blue moved to Nantucket Island, in Massachusetts, in order to write. She met her husband and they continued to live there for another 10 years, during which time they had two children.

After moving to Chicago, Blue began work on Chasing Vermeer. In it she has said she ‘wanted to explore the ways kids perceive connections between supposedly unrelated events and situations, connections that grown-ups often miss.’

In the sequel, The Wright Three, she plays with questions about architecture as art, the preservation of old buildings, and Frank Lloyd Wright’s legacy. The third book, The Calder Game, takes place in a small community in England, a 1,000-year-old town that Blue visited while on a book tour.

Blue is a recipient of the Chicago Public Library’s 21st Century Award, the first time the award was given to a children’s book writer, and she has appeared on NBC’s Today Show and has been featured in various national and international publications.

Blue’s books have now appeared in 34 languages, with Warner Bros. Pictures having now acquired the film rights to Chasing Vermeer.