What I Was Award-winning author 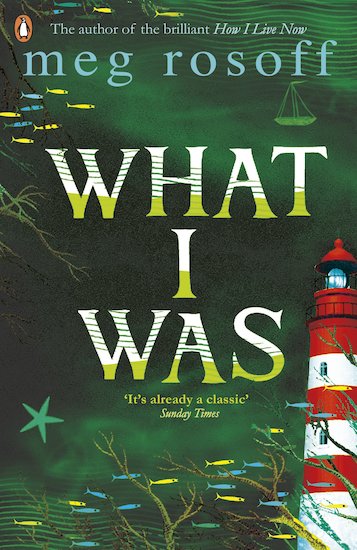 “Shall I tell you about the year I found love? I’d been kicked out of two boarding schools and the last thing I wanted was to be on the East Anglian coast, in a third. But without St Oswald’s, I would not have discovered the fisherman’s hut with its roaring fire, its striped blankets, its sea monster stew. Without St Oswald’s, I would not have met Finn, the boy with the beautiful eyes, the flickering half-smile, and no past. Without Finn, there would be no story. Shall we begin?”

A Carnegie Medal shortlisted book by the celebrated author of How I Live Now. Haunting, intense and with a stinging twist in the tail, this saga of first love on the misty, desolate marsh coast is like nothing you will ever read again.

1090L Lexiles are the global standard in reading assessment. They are unique as they are able to measure a child and a book on the same scale – ensuring the right book gets to the right child at the right time.

Meg Rosoff was born in 1956 in Boston, USA. She studied at Harvard University and left for England in 1977 to enter St Martin’s School of Art, later returning to finish her degree at Harvard. She worked in New York City for 10 years in publishing and advertising, before moving to England.

She has written four novels for teenagers, as well as several picture books. Her first novel, How I Live Now, was published to great acclaim in 2004, winning the Guardian Children’s Fiction Prize, and shortlisted for both the Whibread Children’s Book Award and the Orange First Novel Prize.

Her second novel, Just in Case (2006), about a hunted 15-year-old boy, won the 2007 Carnegie Medal, and her third, What I Was was also shortlisted for several major awards. Her latest book, The Bride’s Farewell is her first historical novel, telling the tale of a nineteenth century girl who flees on the morning of her wedding.