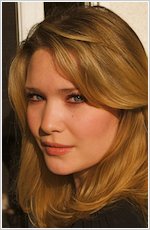 Sarah J. Maas is the author of epic new fantasy Throne of Glass and is a New York native who currently lives in the California desert.

At the age of 16 Sarah began to develop the world of Throne of Glass on fictionpress.com and soon received tens of thousands of views. Ten years later, in 2012, she has a huge online fanbase and her novel has been published for the first time. 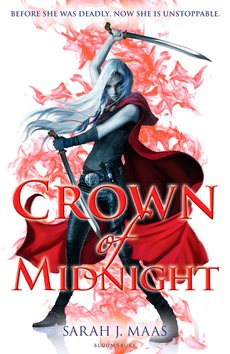 What inspired you to write Throne of Glass?

I actually got the idea when I was sixteen (way back in 2002). I’m a huge Disney fan and movie soundtrack geek, and one night, I found myself listening to the Cinderella score. The music that accompanies Cinderella fleeing the ball is pretty dark and intense, and I wound up thinking that the music would be better suited if Cinderella had done something truly bad…like steal from the Prince. Or, worse: what if she was an assassin who had just tried to kill the Prince?

And from there, all the other questions arose—who was this Cinderella-assassin and where had she come from? Who sent her to kill the prince? Why did they send her? And what would happen to her now? Thus, Celaena Sardothien and Throne of Glass were born. Asking those questions made me realize there was a massive story to be told prior to that fateful ball—entire books, actually.

In the ten years that I’ve been working on the series, Throne of Glass has become more of an original epic fantasy than a Cinderella retelling, but you can still find a few nods to the legend here and there.

If someone wanted to become a writer what would be your number one tip for them?

Read as much as you can, and never stop writing, no matter what people may tell you! You only truly fail when you quit.

Which five people from film, fiction or the real world would you invite to a fantasy dinner party?

Just five? I’d definitely invite Cleopatra, just because I’d have so many questions for her, and I’m so curious about what she was really like (not just what history and fiction claim she was like). Then I think I’d invite Han Solo (from Star Wars) and Gandalf (from Lord of the Rings), because I adore both of them and would pay good money just to see their personalities pitted against each other (and Cleopatra’s!). I’d also invite Buffy (from Buffy the Vampire Slayer), since she was and still is part of the reason I love writing and reading books about strong heroines (and I think we’d need someone to keep the dinner from turning into an all-out brawl). And then I’d invite J. K. Rowling, because she is such a massive inspiration to me, and her books have brought so many wonderful things into my life. It’d be an honor to meet her.

Who would be your all-time greatest (kick-ass) heroine?

Such a hard question! I think in terms of being a kick-ass heroine, Eowyn from The Lord of the Rings stands above all others—the showdown between her and the Witch King still gives me chills whenever I think about it. But kickass skills aside, I’d have to say Scarlett O’Hara. She’s a wonderfully realized, multi-faceted character will stop at nothing to get what she wants—and to survive.

Celaena wears some beautiful gowns in the novel. What would be your perfect outfit for an important party?

Well, if I’m being practical, I’d say something comfortable, yet elegant (and comfy shoes are a MUST, too!). But if I’m being totally honest, then in my wildest daydreams, I’d show up in the gown (and jewels!) that Eliza Doolittle wears to the Embassy Ball in My Fair Lady. That dress takes my breath away every time I see it.

If you had to recommend just one book for everyone to read what would it be?

Oh, wow. So many choices! In terms of a standalone novel, I’d say Peter S. Beagle’s The Last Unicorn. It’s such a beautiful, magical book that guts me every time I read it. In terms of a series, then Lloyd Alexander’s The Chronicles of Prydain is an absolute-must read. I think I learned nearly every meaningful life lesson from Taran Wanderer (the fourth book in the series). It’s a brilliant, heart-breaking series—and is part of the reason why I love high fantasy.