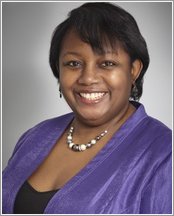 Malorie Blackman’s many awards include the Red House and Sheffield Children’s Book Prizes for Noughts and Crosses. In 2005 she was awarded the Elearnor Farjeon prize for services to children’s literature; an OBE followed in 2008 and from 2013-15 she was the Children’s Laureate.

“Racial superiority is a mere pigment of the imagination.”

A number of people have stated that Noughts and Crosses is based on Romeo and Juliet. It may well be, but I promise that when I sat down to write the story, that’s not what I was thinking (at least not consciously). As I wrote the story however, I became aware of the parallels between them. Some aspects of the plot are quite close – like the letter that never reaches its intended recipient. Other aspects were more accidental – like the balcony scene!

How did you come up with the idea for Noughts and Crosses?

I’d been mulling over the idea of writing a story about slavery for quite a while, but the reaction from my friends was lukewarm to say the least. ‘Slavery is in the past’, ‘Why d’you want to rehash something so painful?’, ‘Why do black people always harp on about slavery?’ are just a few of the comments I received. Almost everyone I spoke to about it was of the view ‘Been there, done that, let’s move on.’ But I wanted to write a story about the legacy of slavery. About how attitudes way back when, still influence all our lives and the way we think and live today.

I really believe the subject of slavery is terribly important – especially in this day and age. I think it gives a context to modern day Western World thinking and attitudes regarding other races and cultures.

But the comments and feedback I received planted the seed of the idea for Noughts and Crosses in my mind. It occurred to me that the story I had in mind would be more challenging to write and hopefully read if I played with people’s perceptions of the society presented in the story. I wanted to turn society as we know it on its head in my story, with new names for the major divisions in society, i.e. Noughts (the underclass) and Crosses (the majority, ruling society). I wanted to see this new world through the eyes of the main two characters, Callum (a nought) and Sephy (a Cross). Race and racism are emotive issues that most people are loathe to discuss but I think they should be discussed, no matter how painful. I wanted the society in my book to be viewed from two different points of view (Callum and Sephy’s) to show how our perspectives colour our thinking. The adage, ‘you can’t really know someone until you have walked in their shoes’, is like all clichés mostly true. That I think was the idea I had in mind when I sat down to write Noughts and Crosses. I think it was Nietzsche who said, ‘There is no truth, only perspectives. And the more perspectives you have, the closer to the truth you get.’

How did you come up with the title?

Noughts and Crosses is a game that no one really plays much past childhood because once you’ve grasped its objective and tactics, it invariably ends in a draw – a no-win situation. (In the US, I believe the game is called Tic Tac Toe.) At the risk of sounding arty-farty literati, I think that pretty much sums up racism. Ultimately no one wins. And as was said by Abraham Joshua Heschel, ‘Racism is man’s gravest threat to man – the maximum of hatred for a minimum of reason.’ I guess that why I love the graphic novel Watchmen by Alan Moore so much. Maybe he’s right. Maybe the only way we’ll get peace on our planet is if we all face a greater threat from outside Earth.

How did you come up with the names of the characters?

I’ve always loved myths and legends from other cultures. One of my favourites has always been the story of Demeter and her daughter, Persephone who was abducted by Hades – and the consequences that had for everyone else on Earth as her mother mourned her daughter’s loss. I hasten to add, Noughts and Crosses isn’t a retelling of that story. The stories aren’t the same – apart from Sephy getting abducted – but that’s why I called the two sisters Persephone and Minerva – I wanted classical names.

The names of the McGregor family were harder to come up with. I wanted names that were not unknown but were not very common either. I decided on Callum as a strong Celtic/Gaelic name. Callum means ‘dove’ – as in someone who is a peacemaker and a bringer of good things. I thought the meaning totally conjured up the character of Callum. So much so that when he is forced by circumstances to do things he hates, he has to switch off his personality, switch off the real ‘Callum’, just to be able to do them. I wanted Lynette’s name to conjure up her personality and the same for Jude.

For the daughter of Callum and Sephy, I wanted a name which would be as close to Callum’s as possible but which would mean something special. Callie means beautiful and I believe its origins are Greek. I think Callie Rose’s name suits her personality.

I must admit, I can’t start a story until I have the names of my characters. For me the names conjure up aspects of character and I think names are incredibly powerful. For example the story of Rumplestiltskin is a case in point. The miller’s daughter doesn’t have any power over him until she learns his real name.

Why do so many awful things happen to Callum’s family?

Being in a society but not of it, takes its toil in many different forms. That’s what I wanted to explore in Callum’s family. For example, Callum’s sister, Lynette suffers from a mental illness, brought on by a trauma she experienced a few years before the story starts. The sad fact is Afro-Caribbean British people are over-represented in British mental institutions. The resentment of Jude (Callum’s brother) for the Crosses, stems from the fact that he was not allowed to stay on at school even though he wanted to and he’s not allowed to play his full part in the society he lives in. He is truly in it but not of it – but there are various ways of doing something about that. Jude, unfortunately, chooses violence. So for dramatic purposes yes, Callum’s family do have a number of ordeals to live through, but some, if not all of these, are issues that ethnic minorities have to deal with a regular basis in real life, i.e. inequalities in education, health, the justice system, employment and access to opportunity.

Why did you end the book the way you did?

Because it had no other ending. It upset me to write it, and I know from the letters, comments and emails I’ve received that the ending upset a number of people to read, but I don’t think it could’ve happened any other way. And I know that a vast majority of the people who’ve read Noughts and Crosses agree with me.

Did you always intend to write a series of books based on Callum and Sephy?

I knew I wanted to tell the story of Callum and Sephy and their daughter Callie Rose. I’d always envisaged telling their stories over two books but the story expanded to fill four books (one book being a World Book Day novella, An Eye For An Eye)

Do you see Noughts and Crosses as a book about racism or a love story first and foremost?

Noughts and Crosses is a story about two friends, Callum and Sephy, and their relationship as they grow older and grow up. The society they live in is the back drop and of course it has an impact on their lives, but I left a lot out because it did not serve their stories. Their stories came first. When I get an idea for a story, I tend to get the general plot in my head first, but for me, the characters make or break a story. I have to care about them to care about the plot so I spend more time on trying to get the characters right before I start writing than on anything else. I don’t necessarily have to sympathise with everything the main characters do but I feel I should empathise with them, that is I should understand what motivates and drives them – even if I disagree with their ultimate actions. Callum is a case in point. I grew really attached to his character but I think he makes some terrible choices. But then, so does Sephy!

Reproduced with thanks to Random House Children’s Publishers