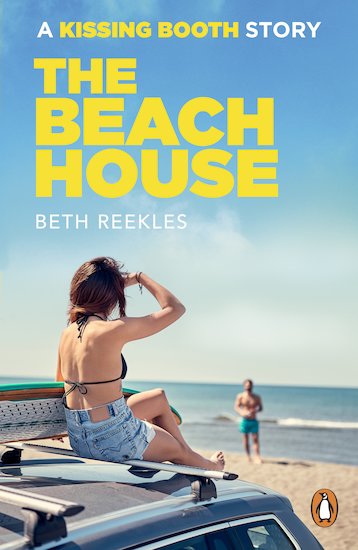 Buy this and your school gets €1.46 to spend on books Orders of €20 or more will earn 20% of your order value back in Scholastic Rewards for your school.

Want to know what happened to Elle and Noah straight after the smash-hit Netflix film The Kissing Booth?

And she can’t wait to hit the beach, even if this year, things are a little different…

Elle is now officially dating hotter-than-hot Noah – it’s amazing, and Elle’s never been happier. But Noah’s leaving for Harvard at the end of the summer – and what will happen to them then?

Meanwhile Lee’s new girlfriend, Rachel, is joining them for the summer. Elle and Lee have always been BFFs, but can everything stay the same with Rachel on the scene – and with Elle now dating Lee’s big brother?

Can Elle have one last perfect summer with her two favourite boys?