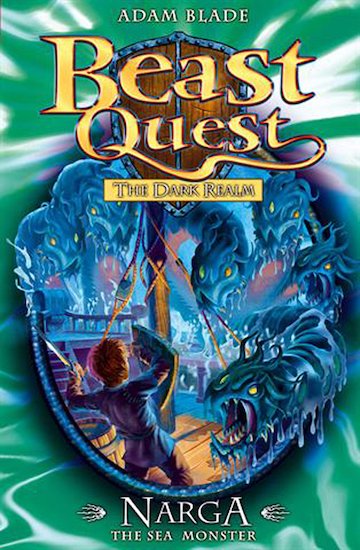 In the perilous Black Ocean lurks Narga the Sea Monster. As well as preying on the rebels fighting evil wizard Malvel, Narga is holding one of the good Beasts of Avantia captive. Can Tom set the good Beast free, or will it remain trapped in the Dark Realm forever? 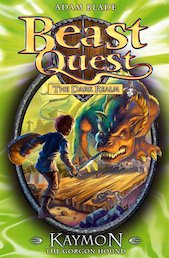 Adam Blade was born in Kent, England. His parents were both history teachers and amateur artists, and Adam grew up surrounded by his father’s paintings of historic English battles, which left a lifelong mark on his imagination. He was fascinated by the ancient sword and shield that hung in his father’s office, said to be a Blade family heirloom.

As a boy, Adam spent days imagining who could have first owned the sword and shield. Eventually, he created a character – Tom, the bravest boy warrior of them all.

The idea for Beast Quest was born. When Adam grew up and decided he wanted to be a writer, he was stuck for ideas – until he remembered the old sword and shield, and the imaginary boy he had created when he was young. Adam decided to bring Tom fully to life so that readers could go on the kind of adventures he always wanted to when he was that age… and still does, even though he’s grown up!

When he’s not writing Beast Quest books, Adam enjoys visiting museums and ancient battle sites. His main hobbies are fencing and football. He also spends a lot of time at home running around after his two exotic pets – a tarantula named Ziggy, and a capuchin monkey named Omar. These little rascals were the inspiration for two of the Beasts that Tom faces on his Quest – Arachnid and Claw! Sadly, Adam does not have his own Fire-Dragon or Horse-Man. But he really wishes he did!