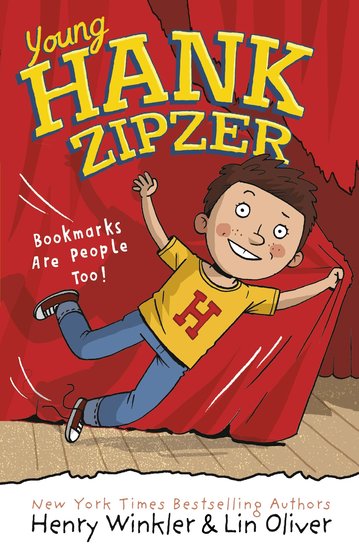 The first book in a new series about Hank Zipzer, star of CBBC, in his younger years. Perfect for newly independent or reluctant readers, the book has black and white illustrations, short chapters and a font developed specifically for dyslexic readers. Henry “Hank” Zipzer doesn’t try to be funny, but he somehow always makes the kids in his class laugh. He’s pretty bad at memorizing stuff, and spelling is his worst subject. (But so are maths and reading!) Hank’s class is putting on a play, and Hank wants the part of Aqua Fly, but every time he tries to read the script, his brain swirls and he can’t read his lines. Hank might not believe he has it in him to be the star of the show, but when his enemy, Nick McKelty, freezes during the performance, it’s up to Hank to step in and save the play! 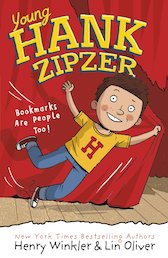 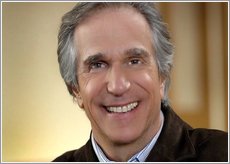 Henry is admired by audiences of all ages for his role as the Fonz on the long-running series Happy Days, and in such films as Holes and The Waterboy. He is also an award-winning producer and director of family and children’s television and the author (with Lin Oliver) of the critically acclaimed Hank Zipzer series. In September 2011 he was awarded an OBE by the Queen in recognition of his services to children with dyslexia and special education needs. He lives in Los Angeles, California.