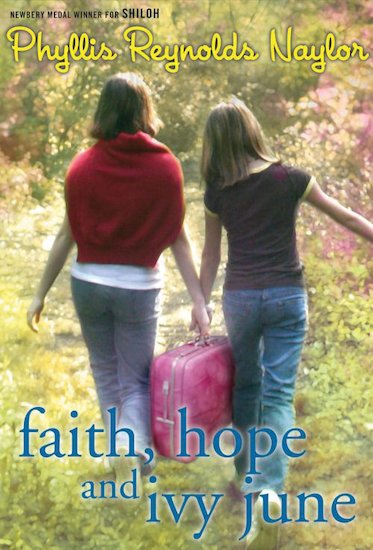 Ivy June and Catherine couldn’t be more different. Catherine and her family are rich, and Ivy June’s family are poor Kentucky folk. But when Ivy June goes to stay with Catherine’s family for two weeks, the pair become fast friends. Even though Ivy June faces hardships and struggles which Catherine has never experienced, they also share things in common which have nothing to do with money. And when Ivy June feels bad because she has the wrong shoes, Catherine squirms because she can’t wash her hair each day! A warm and tender story following two friends as they challenge class differences and learn not to make assumptions about others. 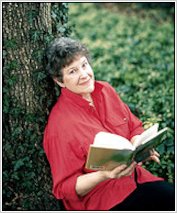 Versatile and prolific, the American writer Phyllis Reynolds Naylor, was born Phyllis Dean Reynolds in Anderson, Indiana. She is best known for her books for children and young adults. Her most famous is the novel Shiloh (1991; film, 1996), which won the Newbery Medal. The two sequels are Shiloh Season (1996; film, 1999) and Saving Shiloh (1997; film, 2006). Since the appearance of the story collection The Galloping Goat (1965) and the children’s novel What the Gulls Were Singing (1967), Naylor has published more than 120 books; among them are the Bessledorf comic mysteries for children (The Mad Gasser of Bessledorf Street, 1983), two gothic Witch trilogies (Witch’s Sister, 1975; The Witch Returns, 1992), and the York trilogy (Shadows on the Wall, 1980), about a teenage time-traveler seeking a cure for Huntington disease. Her most popular series has followed Alice McKinley, a motherless girl, from sixth grade in The Agony of Alice (1985) to her high school years in Alice on Her Way (2006); there are more than 15 books in the series.

Calling Naylor a craftsmanlike writer with a distinctive voice, critics appreciate her ability to create believable, appealing young adults dealing with such serious issues as death (A String of Chances, 1982), mental illness (The Keeper, 1986), and right-wing militia movements (Walker’s Crossing, 1999). Other popular books include Night Cry (1984) and Bernie Magruder and the Bats in the Belfry (2004). Also notable are the children’s comedy Beetles, Lightly Toasted (1987); and the picture book Please Do Feed the Bears (2002).