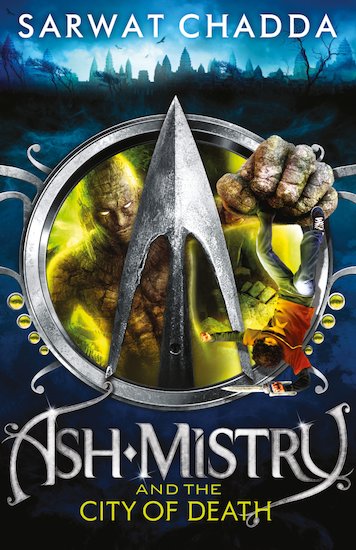 Rick Riordan did it for Greece. Now Sarwat Chadda does it for India… Book two in the incredible action-adventure trilogy about Ash Mistry, reluctant hero and living weapon of the death goddess Kali.

Ash Mistry is leading a pretty complicated life. There’s school, his unrequited crush on girl-next-door Gemma… and then there’s the fact that he’s the reincarnation of the great Indian hero Ashoka, not to mention the small detail that he died last year, and came back as an agent of the goddess of death.

So when the demon servants of the evil Lord Savage come after Gemma in order to get to Ash, you’d think he’d be ready to take them on.

But Lord Savage still has some tricks up his sleeve. And with Gemma out of the picture, the English villain is closer than ever to finding a magical aastra of his own, and the power to rule the world. It’s time for Ash to go up against his enemy once again. Luckily, as the human embodiment of the kali-aastra, Ash can find the weak points in any living thing and kill it. But the key word there is `living’. And little does Ash know that Lord Savage has mastered another branch of magic – one which allows him to create whole armies out of un-living stone… 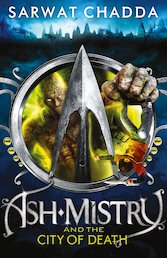